Welcome back. Todays post is a bit late, as I’m writing this the next morning. I’m once again writing from my phone. Yesterday was a really bad fatigue day and honestly so far today isn’t much better.

First thing in the morning I ended up going to the supermarket. Which was probably too much with all that had been going on. I ended up buying meat, eggs, brie, yoghurt, margarine, avocados, sugar and lemon juice. I spent €19.

I know this looks like a lot of meat for two people, but this will keep us going for a while. The avocados were kind of a splurge, but it’s produce right, so it’s ok. I honestly still prefer vegan yoghurt, I actually even liked it better before I was vegan, but this was an entire €1 cheaper, so that’s quite something considering we’re broke. The sugar and lemon juice are mostly for making iced tea, since we still have a bulk pack of tea it’s a great way to make cheap drinks.

When putting the meat in the freezer I also got a bunch of stuff we weren’t going to eat amymore out. Mostly stuff like freezerburnt veggies.

For breakfast I had a smoothie, but between my fatigue and why I had been doing already I had to make it in steps and sit down in between. I really needed food though, and my partner was still a sleep, so I didn’t have much of a choice. 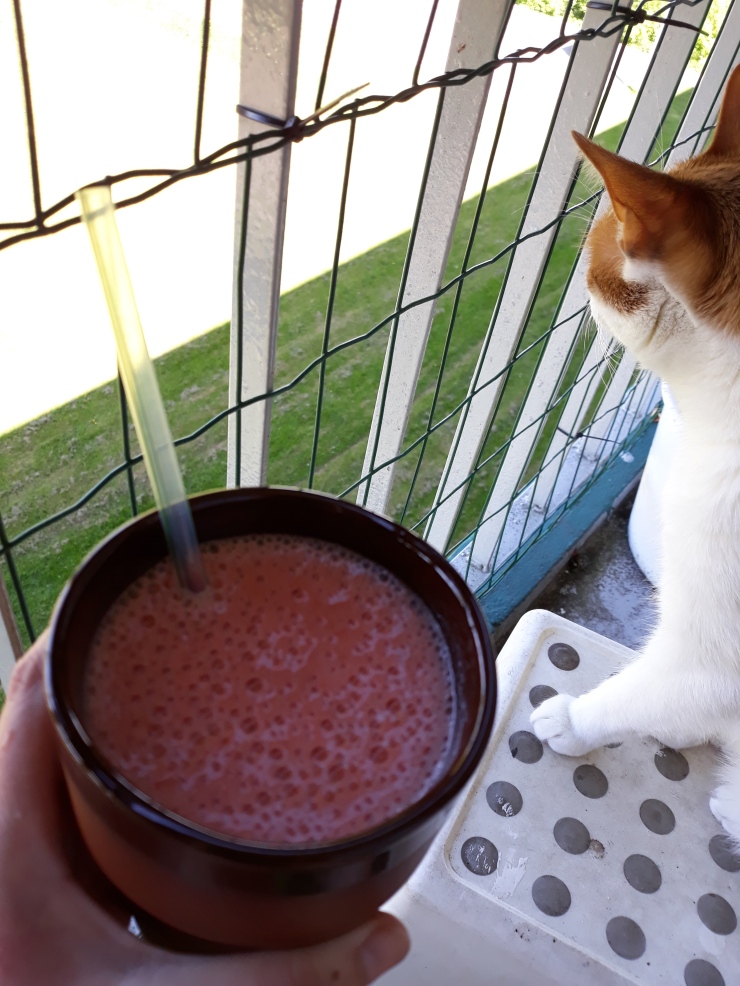 Not long after I had a leftover steamed bun.

For dinner I wanted to do something bbq-y, but I didn’t have the spoons to make salads, so my girlfriend got us cheap bread (the kind you have to bake shortly at home) and garlic butter.

Then I ate the flatbread I had intended to make a sandwich/wrap with for lunch, but just with garlic butter, because I didn’t have the spoons to stand up. I probably would not even have been able to move to the other balcony without the help of my partner. But since we have a west- and an east facing balcony that’s almost inevitable.

Then my girlfriend was sweet enough to make us dinner, which was basically bread and meat, but oh well, we gotta eat something. 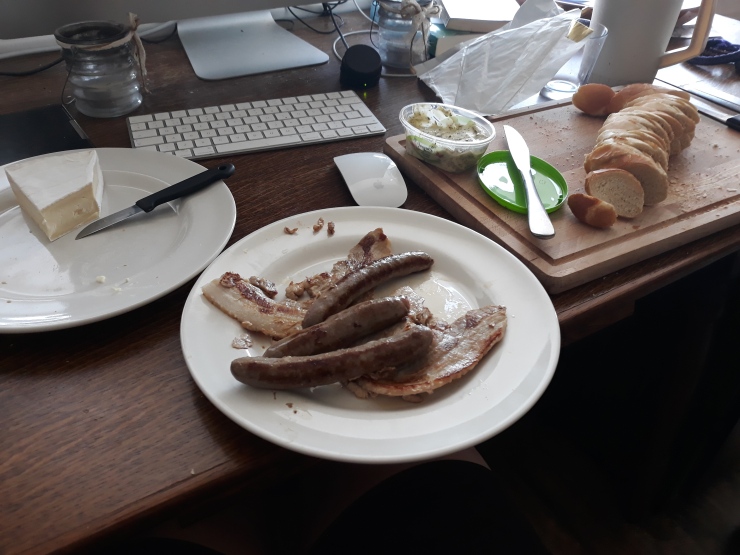 So that was how yesterday went. If you are still reading along, thank you so much. I hope to see you again later today or tomorrow to see how today goes. Bye!